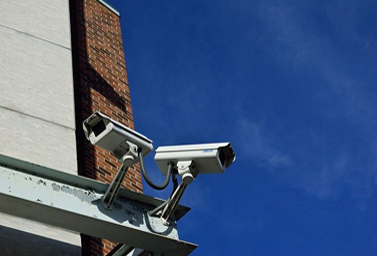 A new security trend got started in the 1990s aided by new technologies. It was adopted early and widely in many places, like Britain, and it now peers from cameras on public and private buildings all over the United States. The trend I am referring to is the use of closed circuit television systems (CCTV), recording all that goes on in the public space and billed as a crime deterrent. Is it?

A report, on February 24, 2005 by Ben Leapman, the Home Affairs Correspondent for the Evening Standard, suggests there is more hype than substance in the crime deterrent abilities of CCTV.

Researchers for Great Britain’s Home Office looked at 14 CCTV schemes in use around Britain. They found only one that helped decrease crime. Where was that system? It was at a parking lot. Meanwhile, CCTV is so intrusive in parts of Britain that some citizens are never out of camera range, from the time they head for work in the morning until they go inside their home at night.

It should not take too much to see the real-time consequences of these schemes. Who is watching the camera? Can a camera run out and arrest someone? Can the camera understand the full context of what it sees – what are the humans saying; what is happening, or has happened out of range of the camera; how many seconds before the image passes; did the camera watcher miss it? The systems are not attached to security robots, commanded by a computer for rapid response to some condition it perceives as a threat. Not yet anyway, thank God. The systems need humans to watch the cameras, in order to be effective in real-time.

How effective is the camera-human interface? How many security personnel do the systems replace? None, in fact they likely require more personnel in order to be real-time crime deterrents. If people are needed to watch the camera, who is walking or driving in the areas where statistics show crime is committed most often? How many cameras does one person have to watch? How much time is there, from the time the image comes on screen to the camera watcher seeing it, to deciding it is a crime in progress, to dispatching personnel and their arrival at the scene? What are the chances of false alarms over what the camera watcher thought was happening? What is going on in the known crime areas that the security personnel left while running to the CCTV inspired event?

How do the real time answers to these questions compare to the use of technology to study crime statistics for the purpose of better schedules and placement of security feet on the street? Apparently, by the study in Britain, there is no comparison.

CCTV on the public space is proving to not be the crime deterrent it was sold as. Private businesses and public officials are making commercial and political success out of a scheme that does not work.

Why is it that the argument that wins is the argument that says we should not worry about a public record of our daily actions, when our actions are not committing any crime? Why do we have to accept that the recording of our daily activity is justified on the basis that, well, we “may” commit a crime; guilty until proven innocent? It seems totally contradictory to the ideas of limited government in our nation’s founding principles.

My argument here is in regard to the public space. I do not oppose security cameras focused on the entrances to public buildings, homes or commercial property. They can all watch directly at the entrances and inside those places. Neither the government, nor a company nor an individual should have the right to record persons who simply pass by on the public way. Our freedom and our privacy are squandered on a false premise; while the lack of public outrage is even worse.

How much of our freedom might we yet give up, for failed security schemes? How long are the pictures saved, where are they, who needs them, why do they need them, who can buy them, whose purpose may they yet serve and what could they mean for anyone of us, at some future date?

Let’s ban closed circuit television surveillance systems from watching the public space. Technology can be devised to provide security without compromising our privacy or our freedom.