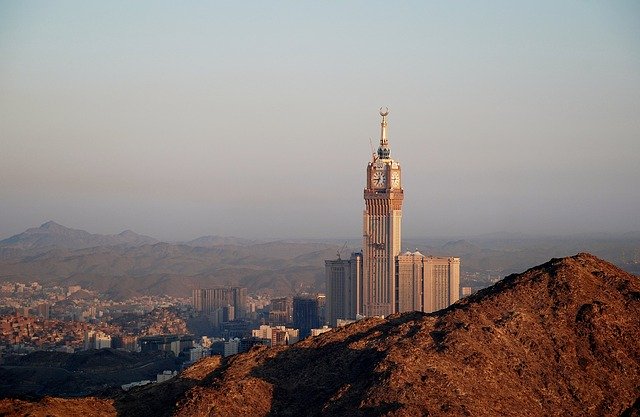 The U.S. Public Relations industry is one which is very high profile, but is a tiny, close knit industry, with only perhaps 75 American PR firms having more than 50 employees (i.e. enough scope/influence to represent a foreign government or foreign interests). Over lunch this week, one of my peers, who like me, owns 1 of the 25 largest US PR Agencies explained why his firm would no longer work with Jewish organizations and Pro-Israel concerns. He explained there is simply too much money working for Arab organizations and interests, and between front groups, organizations and projects from a business perspective he was no longer working for Pro-Israel or Jewish organizations. It’s a trend which will grow – and will see Arab interests even more positively portrayed in American media.

In the latest news, Bahrain in the last 12 months has hired at least ten public relations companies since last year. Yes, you read it right – 10 – including Qorvis, the Washington company hired by Saudi Arabia to salvage that kingdom’s reputation abroad after the 9/11 terrorist attack. The regime of Bahrain which tortures its own citizens has an awful human rights record and doesn’t recognize the existence of Israel, also hired Joe Trippi, former campaign manager for Howard Dean’s 2004 presidential bid, Sanitas International, whose partner Christopher Harvin is a former Bush White House aide.

In the “new” Middle East a lot has changed – except recognition of Israel, and millions are spent by Arab interests on professional public relations campaigns: n Harbour Group, a Washington D.C. lobbying firm has been hired by the new Libyan Government, As the Hill recently revealed Harbour recently signed a new $15,000 a month contract with the Libyan Embassy. Patton Boggs, another large K street lobbying group is also now representing the new Libyan regime. o They previously worked with Gadhafi, alongside Cambridge, Massachusetts based Monitor Group held a hefty $250,000-month contract with Tripoli, recruiting prominent American academics to praise the Libyan government. n It’s nothing new in the Middle East – Arab governments spend lots of money on public relations.

The Syrian regime continues to butcher thousands of their people in the streets – and its by and large missing from the mainstream media (and one of the things a good crisis PR agency is able to do is ensure negative stories never be printed.) One day we will read about who is working for Syria now. A few months ago hackers released hundreds of e-mails from Syrian President Assad’s office, which revealed a document preparing Assad for his December 2011 interview with ABC’s Barbara Walters. o This week, the glowing profile and stunning full- page picture of Asma al-Assad, Syria’s First Lady which has appeared in Vogue in February 2011 entitled: “Asma al-Assad: A Rose in the Desert” was quietly removed from Vogue’s website. Vogue wouldn’t comment on why the story was removed – but the story which described her as “glamorous, young, and very chic – the freshest and most magnetic of first ladies,” ran as the as the Syrian government was butchering anti-regime protesters. A PR firm, Brown Lloyd James worked for Syria to arrange the story in the past. This same company, Brown Lloyd James, worked in the past to boost the regime of Libyan dictator Moammar Gadaffi. They said, “…we assisted the Libyan government in its efforts to reach out to the international political community through the United Nations and to the U.S. political and university community.”

Terrorist organizations Hamas, Hezbollah, and certain Arab nations have hired PR agencies to lobby for them in the press and on the world stage. Terror groups have engaged reporters and journalists, shared meals and drinks with them and won their favor.Fenton Communications, a New York City–based PR firm works with the Arab state of Qatar to develop a campaign to essentially delegitimize Israel by orchestrating an international anti-Israel campaign aimed at breaking the blockade of the Gaza Strip. Fenton Communications also works for “Al Fakhoora,” a Qatar-based pro-Palestinian initiative that has “launched an advocacy campaign to file legal charges against Israel and change the public perception in the West about its actions.” An April 2012 website spoke of working with NYC Fenton Communications to help campaign to help end the blockade in Gaza. They continue to assist terror groups clearly. The PLO Mission in the U.S hired Bell Pottinger, a leading International PR agency to provide “advice on strategic communications, public relations, media relations and congressional affairs.” U.S. PR giant Burson–Marsteller, in response to Israel’s request for a meeting, said: “We will not deliver tender to such a project… we are running a commercial venture. If we accept this project, this will create a great amount of negative reactions…Israel is a particularly controversial project.”

There’s a reason the Arabs win in the media — they hire communications professionals – they spend money and will continue to win. In the Middle East, slaughtering of innocent people continues – from Bahrain to Syria and Public Relations pros allow them to continue to sell their stories.I was saddened this week over lunch when my peer explained to me why his agency would no longer work for Jewish or Israel interests – and while 5WPR wouldn’t work for the barbarians who slaughter innocent people, our competitors make millions selling terror and brutality. Ronn Torossian is CEO of 5WPR, a leading US Public Relations Agency, and author of “For Immediate Release: Shape Minds, Build Brands, and Deliver Results with Game-Changing Public Relations.” The book has been called “the best book ever on Israel public relations” by the Deputy Speaker of the Israel Knesset, Danny Danon. 2012